Thought maybe some of you would be interested in seeing the connection between a newly opened sealed indictment in California and its connection to a Q drop from 3/4.

A link to a story about it and who it is:

The Q DROP from March 4th. Pay special attention to MISSION 6. I put it in BOLD not Q.

There is also this to give you another idea of what this is all about if you didnt read the top link:

Custom, extra-secure BlackBerry phones remain a staple of the criminal underworld, and a recent bust just illustrated this point. Motherboard has learned that the FBI arrested Vincent Ramos, the founder of the well-established phone mod seller Phantom Secure, for allegedly aiding criminal organizations that include the Sinaloa drug cartel. The company altered BlackBerry and Android devices to disable common features (including the camera and web browsing) while adding Pretty Good Privacy for encrypted conversations. And it wasn't just turning a blind eye to the shady backgrounds of its customers, according to investigators – it was fully aware of who was involved.

Reportedly, undercover agents running a sting operation not only heard Ramos say that buying one of his phones was "totally fine," but that the phones were modified "specifically" with drug trafficking in mind. It even singled out Hong Kong and Panama as areas it thought would be "uncooperative" with police. A convicted Sinaloa cartel member also stated that the gang had bought Phantom's phones to conduct its drug trafficking business. The FBI estimated that there were as many as 20,000 of these handsets around the world, half of them in Australia with others selling in countries like Cuba, Mexico and Venezuela. 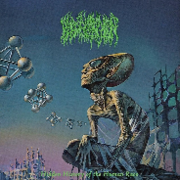