If anyone is a follower of this writer they should recognize their style enough to know who it is. You would also realize why I am reluctant to say their name as it is todays full report. I just thought you might like to read it and not have to wait. I myself always take them with a grain of salt, but on many occasions it does come out later they were right or at least close to being so. I wont always do this, but if you folks like it I will start posting them a little more often  if  I feel something resonates with what is going on. Perhaps some of this weeks booms may be alluded too in this report.

The purge at the very tip top of the U.S. secret power structure is nearly complete, meaning a much larger purge is now about to take place, according to Pentagon, CIA, and other sources.  The top leadership of the White House, the CIA, the NSA, the FBI, the Pentagon, and other U.S. agencies is now composed almost entirely of white hats.  This means that a systematic purge of the lower ranks is now possible.  The result will be that in coming months people are going to find out just how horrific the crimes carried out by the Khazarian mafia really were.

Let’s remember, these so-called leaders of the West were actively trying to kill off 90% of the world’s population.  They have been caught manufacturing and spreading diseases like SARS, bird flu, ebola, etc.  They have been caught trying to cause mass starvation by spreading crop diseases and paying farmers to grow fuel instead of food.  They have been trying very hard to start World War 3.  They were behind mass murder incidents like 9/11 and Fukushima.  This is all proven fact.  What’s going to happen now is that the bulk of the world’s population will learn of this.

In the U.S., about one million people were actively involved in the plot to kill 90% of their fellow Americans and enslave the survivors, according to Japanese military intelligence.  These one million—who pretend to be Jews, Muslims, or evangelical Christians, etc., but who actively worship Satan—have been seeking refuge elsewhere on the planet but have failed to find it.

They have also been trying to get off the planet, according to both CIA and Pentagon sources.  “The cabal is stuck on earth, since the CERN portal was destroyed,” a Pentagon source says.  “What they say about CERN is correct,” a CIA source who has access to secret Antarctic bases confirms.  “The earth is on lockdown—no leaving and no entering.  The Zionist Khazarian cabal is trapped here.  They are being taken down,” the source continues.

To understand how scared the cabalists are, take a look at this video of Prince Bandar bin Khalid, one of the top 9/11 conspirators, committing suicide on March 12th in order to avoid facing justice after he was denied asylum by the UK.

“Prince Bandar-Bush was really taken out.  It was him, not a double, that slipped on a banana peel and went over the rail.  The actual meaning of this statement is that Bandar was assisted in his attempt to defy gravity.  He was mind-controlled by some type of mind-altering drug.  There will NOT be an autopsy,” is how a CIA source explains the incident.

Now, former U.S. President Barack Hussein Obama, also having been denied asylum by the UK, is asking the…

Japanese government for protection, according to members of the Japanese royal family and CIA sources.  The Japanese have been advised by the U.S. military to say no.  In any case, the man Obama was counting on for protection, Khazarian slave Prime Minister Shinzo Abe, “will be stepping down within the next two weeks.  He is in deep dog poop now.  You are aware of the faulty steel sold to the U.S. military.  The military vehicles will crack and break up on impact with incoming projectiles.  They were sold defective low-grade steel on purpose.  Bye-bye, Abe,” is what a CIA source in Asia had to say about Obama’s would-be protector.

However, the White Dragon Society may provide Obama with protection if he agrees to appear at the Foreign Correspondents Club of Japan and tell the world the truth about things like Malaysian Air Flight 370/17, who his real father was, who put him in power, etc.

Obama is seeking shelter because everybody who was protecting him in the U.S. power structure is being fired, arrested, or killed.  U.S. Secretary of State Rex Tillerson’s last mission was to go to Kenya to tell the government there not to shelter Obama, say Pentagon sources.

Tillerson himself was fired last week was because he went along with the patently false cabal claim that Russia was using poison gas to kill dissidents in the UK, the sources say.  Prime Minister Theresa May of the UK, President Emmanuel Macron of France, and Chancellor Angela Merkel of Germany all revealed their cabal affiliation last week by going along with the latest blame-everything-on-Russia scheme.

The real reason Sergei Skripal was poisoned was because he was about to give evidence linking Hillary Clinton and the U.S. Democratic Party to attempts to smear U.S. President Donald Trump, Russian FSB sources say.

A Google whistleblower, meanwhile, says that Google has been using the “Russian agent” label to try to ban journalists and whistleblowers who go against their mind-control agenda.

The above-mentioned CIA source with Antarctic base access, meanwhile, has a much more esoteric explanation for the hysterical cabal Russia-bashing.  According to him, Russian President Vladimir Putin has shut down three “stargates” that were located in Syria.  “Putin is in charge of the stargates there, and this is what really pisses off the cabal.  He will not let them be used to escape Judgment Day,” he says.

As usual with this sort of X-Files type information, I write what the sources tell me and let readers discern for themselves what is really going on.  All I can confirm is that the planet is definitely under quarantine.

In any case, now that Tillerson and his bagman Steve Goldstein have been fired, the new Secretary of State Mike Pompeo, armed with knowledge of CIA operations, is going to oversee an “even further” purge of the State Department, Pentagon sources say.  The FBI and the U.S. Congress are also investigating criminal activity by the State Department and its former head John Kerry, the sources add.

The CIA itself is undergoing a major purge now that it is under U.S. military control.  “The new CIA Director, Gina Haspel, is a feared operative who will now purge the Bush faction, neocons, and other traitors,” the Pentagon sources say.  Here is what a CIA colleague has to say about Haspel:  “She is quiet and low-key—not outspoken or a big-mouth, as we say.  Her eyes were very focused and intense.  I sensed a highly intelligent woman who kept her real mission to herself.”  This source says she will probably be taking her scalpel to CIA “black sites” that handle drugs, off-books weapons transfers, money laundering, and the like.

The FBI and the Justice Department are also going to see a purge of cabal operatives, multiple sources agree.  “The firing of Deputy FBI Director Andy McCabe is just the beginning, as heads will roll with a FEMA order for 16,000 guillotine blades,” a Pentagon source ominously declares.  Presumably he was referring to the widely reported guillotines ordered by the cabal, presumably for use against Americans.

Another reason for the anger against the cabal inside the U.S. military and the agencies is the 800,000 children reported missing each year in the United States (according to the National Center for Missing and Exploited Children).  By contrast, China, with four times the population, has 20,000 children go missing each year, according to the U.S. State Department.  This means that U.S. children are 160 times more likely than Chinese children to vanish.  While a lot of the missing children are found, many vanish forever.  There are multiple insiders who have testified they are raped, murdered, and eaten by cabalists.

To deal once and for all with this horrific secret takeover of the United States by a murderous cabal, the U.S. military is recalling many retired generals and officers to active duty, Pentagon sources say.  Among those now back in active duty are Mike Pompeo, special counsel Robert Mueller, and many others, the sources say.

The signs are now everywhere that the Khazarian cabalists will now finally have to face justice.  This writer has long pushed for South African-style truth and reconciliation, but it looks like that will not be forthcoming for many at the top of this secret power structure.  Their crimes were just too horrific.

On a final note this week, CIA sources are telling us that Tesla Motors’ Elon Musk is a money laundering agent for the Pentagon.  That might explain a lot of the strangeness surrounding that company, such as the reports from multiple sources that it was Musk who was really behind the North Korean missile crisis.  It means that the Pentagon, via Musk and Tesla, was using North Korean nuclear missiles as a bargaining tool in negotiations with China.  The latest is the news that Tesla is hiring staff from the satirical news site The Onion for some sort of secret project.

These days, of course, it’s hard to tell the difference between what The Onion is reporting and what so-called mainstream media companies like CNN are reporting.  Maybe the Pentagon is planning to finish off the last shreds of the Khazarian corporate media’s credibility by putting them under Onion management.  As the saying goes, “sometimes the truth is stranger than fiction.”  We are entering weird times, but it is looking like a good sort of weird.

"Let's hope so!!!  I'm sure the rest of the world is laughing at the shennanigins that have been going on here!!!  It's like we're just another Banana Republic...so shameful!!!  We're supposed to be a beacon for Freedom in the world!!!
Did anyone see…" 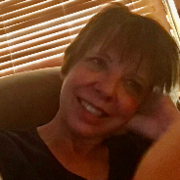 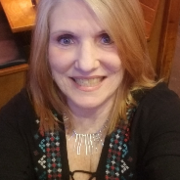 "It is so very important that the "normies" wake up to how deeply rooted this corruption has been.....for decades!!!  Prayers for our Prez!!!  It is unimaginable what this man & his family have been put through for the past few years!!!  "

Hunters Become the Hunted and Are Falling Into Traps 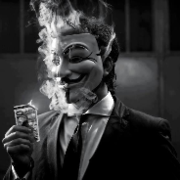 "Amazing Polly had a good one, Cyber ? showing how deep the roots go to all this moneylaundering, etc.  It's quite a "system" they have built up!!!  YES! it's Justice we need!!" 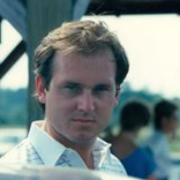 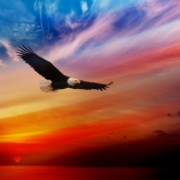 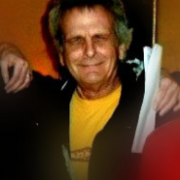 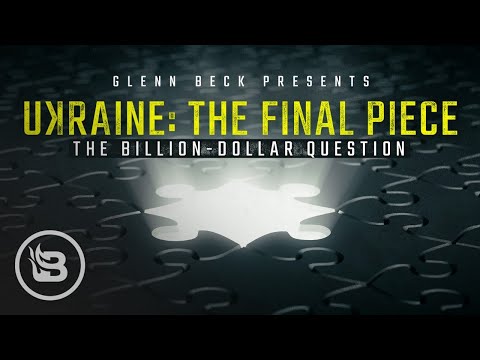 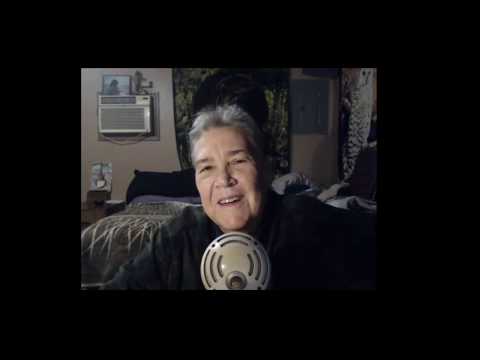 Anybody heard of the book,…" 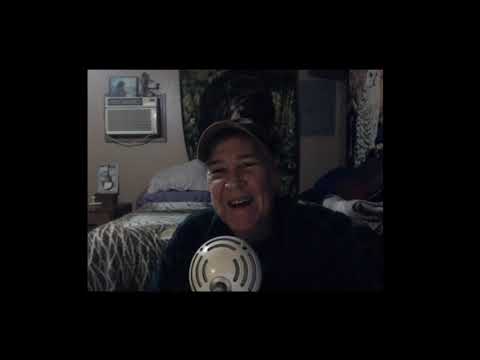 "Yeah!!! Danika....how she had stayed in power for so long is disgusting. None of them should be able to do that....but it seems We The People have been asleep at the wheel for TOO long!!! They almost took our country down from the inside....not go…"

The media and the Left drove the narrative from the start on the July 25 phone call between President Trump and Ukrainian President Zelensky. They wanted us ...
See More

"I have an autographed by John Lear tin foil hat & I'm proud!
Another outta the park video, Yig!"
More…
Loading ...