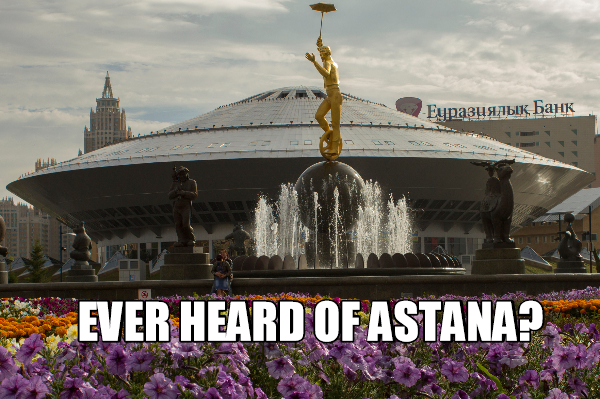 Astana, what is it? Where is it? Why am I posting about it? All good questions and Im going to try and answer them.

Lets answer the last question first. One of our site members Annette brought it to my attention today. While I do recall seeing something go by about it in the past, I didnt really pay that much attention. Since she brought it up I decided to give it a little deeper look. One reason is because people apparently didnt seem to believe it existed and another is the fact that there was a meme saying it had $23 billion frozen in its country. That which Astana is now capitol of, Kazakhstan.

It wasnt always the capitol. It was actually moved there in 1997 because the old capitol resided in a earthquake zone. The country itself is actually just a little shy of being four times the size of Texas.So what did Astana used to be up until 1997? It was  best known as a former gulag prison camp for the wives of Soviet traitors. Imagine that. Basically a flat wide open land whithout mush of anything there. 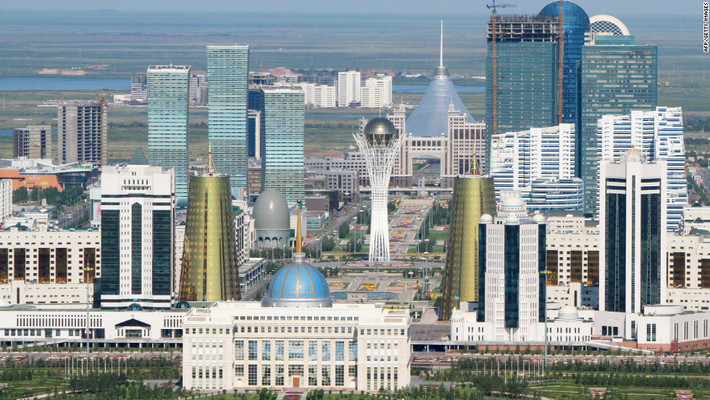 Now look at it 21 years later. That is a lot of growth wouldnt you say? Why in 21 years did a capital like this arise out of nowhere from what used to be a basic little nothing capitol in a country wedged between Russia and China? A lot has to do with the President of the country.

Numerous architects from across the world have had a hand in shaping the new capital's skyline, but the one man who has had the greatest impact in the city's transformation is President Nazarbayev. One of the architects, Aitkan had a curious thing to say about the President. Aitken equates Nazarbeyev with the type of patrons that dominated 18th century Europe, in particular, Louis XIV.
"Just as Versailles and parts of Paris were all created by one man's vision, so too was Astana," he says. If you notice by the little collection I put together on the left here, there does appear to be some forms of symbolism. Oddly enough there is an opinion about this also.

From a distance, Astana's architecture looks disparate, however a strong Kazakh theme runs through it all. Baiterek is meant to evoke the local legend of the "Tree of Life"; the story has a golden egg, and the building is topped with a golden orb. The shape of the Central Concert Hall was purposefully made to resemble a traditional Kazakh instrument, known as a dombra.

Funny when I did a search for this to see what I could find, the very first thing to pop up came from The CIA believe it or not. It has a ton of facts about this country which can be found here: https://www.cia.gov/library/publications/the-world-factbook/geos/kz.html

Apparently this country is very rich in natural resources. Hmmm.

So why is it we really know nothing about this place? You would think something spring out of nowhere and this fast would be much more widely known. There are rumors a lot of "meetings" go on here. Yes those kinds of meetings.

Some seem to think this may be the New Vatican, Washington, London of the east. I dont know about that at least as far as the Vatican goes. The country is basically 70% Muslim and only about 21% Christian. Oddly I didnt notice any Buddhism.

I still havent discovered why there is $23 billion in frozen assets here nor do I know who they may belong too, maybe one of you will know, but obviously something is going on here and it is being one of the best kept out in the open secrets. Perhaps a little more digging should be required into either country itself Kazakhstan or at least the capitol Asana where it is probably all hidden. What say you?

Like what you see? Remember I Work for YOU. Help me Help You! Use PayPal for a quick Donation or Become a Monthly supporter for just a couple of dollars by becoming a Patron of the site. Thanks!