This was posted on 4 chan just a couple hours ago. I dont know how much validity it has, but still thought you may want to see it. One thing that does stand out for it being presented on the 4, whoever posted it is well spoken.

I work as a personal assistant to a top Twitter executive and here is what the hell is going on.

The decision to fact check Trump's tweets was done on Jack's order, to stop an internal revolt from his radical left underlings. Jack's largely turned a blind eye towards Trump because of fear that he'd go to Gab and trigger a death spiral. But several high level underlings threatened to go rogue after the Scarborough incident, vowing to nuke Trump's Twitter account and quit on the way out the door, if Jack didn't "take a public stand" against Trump. These employees, BTW, have ties to the Democrats as far as supporting them, donating to them, and being their eyes and ears at Twitter in terms of infiltration. Jack knew this, but didn't care because he figured at the end of the day they would have SOME loyalty towards him over the DNC.

The moment that Trump made his first threat, Jack went into full-on panic mode and started calling up the company's lawyers... and his Democrat friends in DC.

In particular, Jack wanted to know how he could get any sort of appeal railroaded to court of the most liberal judge on the 9th District (which is no longer 100% guaranteed to be a liberal rubber stamp appeals court). The lawyers told him that he should wait and that even if he did issue an executive order, which he did, Trump's ability to retaliate against Twitter was limited so long as the House refused to play ball and pass the necessary legislation changes needed to give the executive order bite.

Furthermore, Jack's having private talks with the handlers of several high ranking Democrats. They are telling him to hold the line and double down as far as censoring Trump/using Twitter to criticize/censor Trump. They've reminded Jack that getting rid of Trump is all that matters and that if Jack plays ball with them, the Democrats will "reward" Jack once Biden gets elected. This is important, because the DNC elites in general like Jack but despise Mark Zuckerberg and Facebook. And that if shove came to push, they'd gladly burn Mark and Facebook to the ground while sparing Twitter/Jack when it comes to which social media platform they would destroy if they had to spare one/kill one.

Democrats feel that Trump's twitter feed is the ultimate weapon they have to use against Trump in November. Biden's twitter feed is fully in the hands of his staff, but Trump personally tweeting is something they feel they can weaponize. And they want Jack to be kicking that bear a lot, in order to provoke reactions they can use to try and get people to vote Trump out this fall.

Finally, one bit of info I have to pass along: if and when football and basketball starts back up, expect the Anti-American/Anti-Cop kneeling # to resume. Several big name NBA stars have agreed to kneel during the national anthem when basketball starts back up (with LeBron pledging to lead the way, as he's been promised a Congressional seat in a solid blue district if he helps as far as LeBron looking to get into politics once he stops playing). And the DNC has already approached about 12-13 big time NFL players (including Aaron Rogers) to start kneeling during the national anthem at games when the season starts back up. They have pledged to do so, in order to further piss off Trump and get him to go on Twitter tirades that will be used against him in the election. I mention this, because Jack has pledged that when this happens, that he will have his subordinates surpress any and all tweets supporting Trump/denouncing the kneelers.

For those of you that do prowl the 4, you are looking for this: 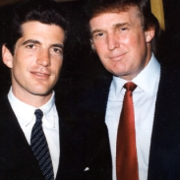 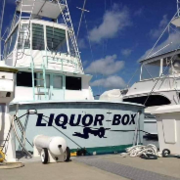 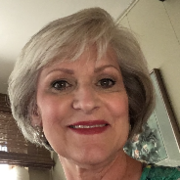 "80% of PEDOCRATS to be charged, Most self prescribed actors and actress's.
Adrenochrome Vipers. Ch…" 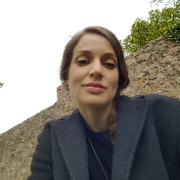 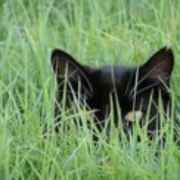 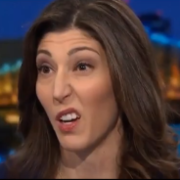 "This is all my opinion and have felt-thought this way for a long long time. Q References to Alice a…"

I have been thinking on this for a few days now. I even made a video about it a couple days ago, bu…
See More
More…
Loading ...