CHAT ROOM is OPEN TONIGHT! Come join me for some chitchat :)

While reading through the 8 tonight I came across a couple of interesting post. Actually it was a post and a response to it that really motivated me to share them both here.

It started with this post. An anon had come across Mama Cass sister and had some concerns she may be a clown now and was hoping the anons would start a dig into her.

Anons, do any of you remember Cass Elliot of the Mamas and the Papas? She died at only 32.

Original story was that she choked o a ham sammich. The family later tried to say it was a heart attack.

(HEART ATTACKS CAN BE DEADLY)

Whatever the cause, her death was untimely.

I loved her music as a kid. My mom and I used to love singing to the songs on the radio. When Cass Elliot died I was still under 10, but her death devastated me. Hers was the first "celebrity death" I can remember hearing about.

Anyway, the reason I mention her is because ever since I was redpilled, in 2015, I look at all celebrities as being tools of the Clowns, i.e., just part of the propaganda machine that brainwashes us. Or Cliebs, themselves.

I cancelled cable 2 years ago and haven't turned in a TV since.

I've been saddened to think that Cass Elliot, of LAUREL CANYON fame, coulda been a Clown or a tool of the Clowns.

How did I know it was Cass Elliot's sister?

I met Leah Kunkel years ago. She is a very personable gal, with a very good sense of humor, and she is very intelligent. She's so intelligent that she became a lawyer, of all things. I believe she graduated from the same law school that inflicted a cunt named Lois Lerner on us. Western New England College School of Law… But I digress.

Leah Kunkel teaches Entertainment Law at Western New England these days, and from what I hear, she does a good job.

But anyway, whenever I've been around her my Spidey Sense goes off. I definitely get a creepy kinda vibe from her. On a spiritual level.

So when I saw her recently I wanted to snap a picture for all y'all, cuz she doesn't look anything like she used to. I also wanted you guys to see who she was with, cuz the guy looked like a Hollywood actor in a really bad hippie disguise.

Kunkel had her back to the wall. She didn't miss a trick. If I snapped a pic she woulda noticed and, frankly, I'm kinda scared of her.

So why tell all of you this?

Cuz maybe it's time to dig into Leah Kunkel.

Who the hell goes from being a singer, following in their dead, iconic sister's footsteps, to being a lawyer?

She's not in PEDOsta emails, btw….

Like I mentioned above it was the response to this that made me decide to share it all here. While the two may not seem really related on the surface, they may very well be if you think about it Especially if what the responder says is true.

Not to mention a lot of us are old enough to have been around in the "Hippy days" and some of you may actually be able to verify this claim. This would be an interesting twist is those Sharron Tate murders were faked just for starters, not to mention all the music presentations not being what we thought they were, or more like who we thought were behind them.

Here is what the responder had to say:

Red-pilled since 2015? You are barely 4 years in. No wonder you didn't know about Cass Elliot and the Laurel Canyon cult, where the "Hippie" movement was actually born. Lookout Mountain Labs, Rustic Canyon, the 512 steps, Jack Nicholson, Dennis Hopper, Bruce Dern, Peter Fonda, Crosby, Stills, Nash, Jim Morrison, the Byrds, the Monkees, the Mamas and the Papas, Frank Zappa, Carole King…In fact, any music group that was included in "the California Sound". All of those groups were frauds, as their music was recorded by studio musicians such as Carole Kaye, Hal Blaine, and noteably, Glen Campbell. They loosely referred to themselves as The Wrecking Crew. That is why when you listen to groups labeled "The California (West Coast) Sound", they all sound similar in context and quality: They were all recorded by the same group.

Also, Warren Beatty. He did that movie "Shampoo". It is based on Jay Sebring, who was supposedly killed along with Sharon Tate at the movie set property Spahn Ranch. Makes me wonder why QT is rehashing all of this in his "Once Upon a Time in Hollywood". It doesn't matter whether he is going to try rewriting the history of these events; just putting the movie out is going to "spahn" an entire new group of people to investigate all of the surrounding people and events.

I don't believe that the Tate murders even happened. Back in the day, we were told that the Manson "family" cut Sharon Tate's baby out of her. It wasn't true. Spoopy crime scene and autopsy photos. Abigail Folger, and her connection to Haight/Asbury clinic/LSD; another declared victim at the Spahn Ranch.

Newfags, and even not so newfags, could probably dig on this for weeks. Because everything you thought you knew, is pretty much a lie. The entirety of the Hippie movement was social programming, patterned after all of the previously mentioned bands' fake, built in, groupie base, "Vito and the Freaks".

It was "Vito's" wife, Zsou, who opened the first Hippie clothing store, with items she fashioned after the garb she created for Vito's "Freaks".

I personally know a lot of old Hippies, (I am not one), and they get infuriated when you tell them that they were deceived into participating in a social engineering project. Poor Hippies, they thought they were going to change the World…

Yet they themselves were victims of one of the greatest mind control psy-ops of the time.

If anything there is a lot of food for thought here and also plenty to dig into if one is so inclined. I just thought a little something different might be good for your minds also. 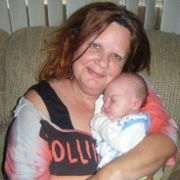 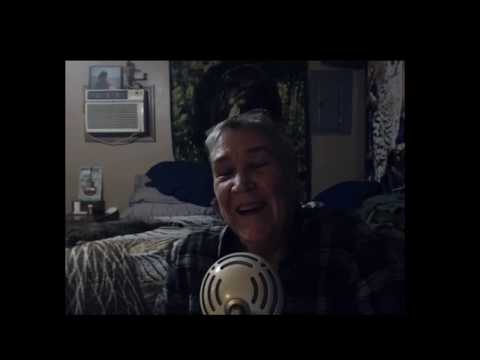 "the links go to other posts from different dates. still trying to figure all this out, but they a…"

"Yes, it turned out i had a page saved from them a couple of years ago. I got an updated list of Pri…" 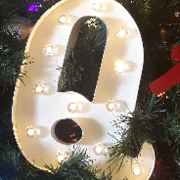 "Everytime i go to sleep i keep having crazy off the wall dreams. Maybe one day i could have a dream…"

"Well I've spent all day researching this stuff. No onnections I can find to Privy Council. Also non…"

"Perhaps, so hard to say with any certainty though. Not that I may be Firefly to them, but the reaso…"
More…