How I arrived at what Im going to present would just take up to much of this thread so Im just going to jump in. Obviously with all things Q and seeing something that has 17q in it I had to poke at it. I can show you were I landed and I can share some snippets of interest. Outside of that this is a bit above my pay grade. Im sure some of you will be fascinated though and will have a grand time poking around in here. You may have even been in here before. I dont know, but what I do know is I dont think this is Kansas anymore and I dont think it is Oz either, though its possible you may get to there from here.

The languages have been translated so no worries there.

Now for some snippets that you will find if you poke around yourself.

Im going to start with a part that sounds a lot like Cern:

"within a particle collider two beams of particles are projected at near light speed one against the other; during the collision particles decay into subparticles, which decay in turn into other particles till they escape the detector. The question is that we also detect extremely short-lived tracks that shouldn't be there. After deep analysis of these ghostlike tracks, we came to the conclusion that they were... intentional." 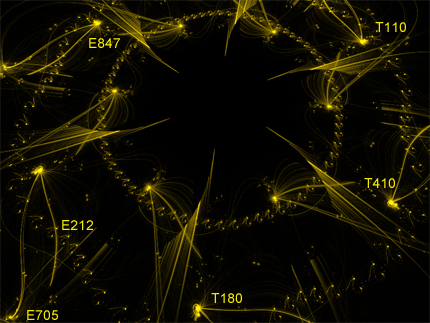 "Queltron Machine comprises superheated detectors which provide a unique approach to direct detection of whatever particles our neighbors of the parallel world send to us. This technology has an excellent rejection of gamma and beta events, and shows an excellent alpha rejection using the acoustic emission of bubble formation. We also have the ability to employ different targets so, basically, the Queltron Machine is our best tool to explore parallel worlds."

"In simple words, the sensitivity of the Queltron machine to dark matter interactions depends on the energy threshold and effciency for bubble nucleation from recoiling nuclei, with the majority of spin independent sensitivity coming from iodine and the spin dependent sensitivity coming from a combination of fluorine and iodine. Pressure and temperature of the active fluid determine the conditions for radiation-induced bubble nucleation."

"So, we have sent a pulse of 75 GW, lasting just 110 femtoseconds with an average flux of photons of some 10 to the 16 per second, and we have received those tracks that, according to your team, represent the answer from one of the so far 41 detected parallel worlds, did I get it right? And we have been doing this for 4 years now, so that we now have established a communication protocol with whomever lives in those worlds, is this correct? Being that the case, can you explain to me why are we funding radioastronomy programs searching for life in the Universe when we can do it using your collider based on that damn many interacting worlds theory?"

"We want them to keep looking at the wrong direction, so that we can continue with our long-term program and getting to know better our neighbors, that's why we fund those SETI searches though we already know where to find our visitors and how to communicate with them." 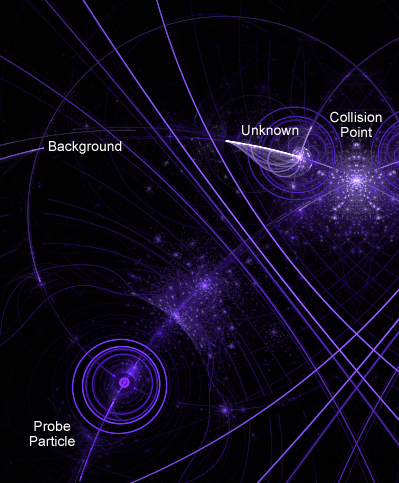 This is just one topic you will find on the site. Some more snippets for you:

"SV17q message was quite clear: we should work under the hypothesis that event 15717147 is a t-lepton initiated air shower. Any mention to a possible anthropogenic origin would mean problems for us . That was the message, you see."

"Do you know of any technology able to produce Earth-emergent cosmic ray showers with energies close to 0.6 EeV? Can the SV17q-operated neutrino radar be the source of such events? Could the SV17q test of December, 2016 using 6.3 PeV neutrinos have triggered the events reported by IceCube on that same date? Hoever, the most reasonable explanation is that ANITA simply picked up radio pulses from the SAR radar on board either PSV Tangent or Sienna"

"The DENIED retrieval event was delayed for seven days due to technical difficulties. In the early morning hours of DENIED 2014 personnel began positioning themselves around the crash site, as per SOP DENIED. SV17q personnel departed for the forward area where some stood in the open, less than 7 kilometers East of ground zero. Crash site was codenamed KYR-377."

"SV17q determined that the radiological environment at KYR-377 would permit limited access and that a preliminary survey would require the use of a Polaris MRZRk vehicle"
"The following description of anomalous activities is based on the reports obtained from surviving personnel who were positioned in the open over 7 kilometers from the crash site."

"... in the belief that those corpses belonged to unknown SV17q personnel who were performing an unscheduled fly survey mission over KYR-377 six days after the event in order to assess and record anomalous neutrino radiation intensities."

"The increasing number of studies concerned with this mechanism is encouraging. SV17q and SV09n have repeatedly underscored the importance and need for more research in this area. More studies are being conducted to develop a better understanding of the physical process behind this mechanism."

...so that they required an urgent meeting of the SV17q group in order to call its attention on the increasing number of sightings and landings on a global scale of unidentified flying objects. We dismissed the request because we know why there is an increasing number of sightings, because there are no landings at all, because the sightings are not global, but localized, and finally because they are not unidentified flying objects, but non-objects. However, we did have top-level meetings because those objects were seen flying along power lines  and hovering over nuclear weapons storage areas, which is what we expect to happen before hostile incidents start.

"based on interviews and pictures of the scene, SV17q personnel cleared the cave, replaced dead bodies by bodies of victims of conventional operations, removed bullets from these victims' bodies and cleaned their wounds as part of a cover-up."

"In a private meeting with SV17q officers, General Stanley A. McChrystal stated that he was in charge of ISAF yet his troops were not allowed to patrol the Ghazni area; asking for an explanation for this and who was responsible for preventing his units to enter the area, he was told to forget the incident and to keep shut. On June 23rd, 2010, General Stanley A. McChrystal resigned. The reason then given was that he made controversial comments critical of the Obama administration that were published in a magazine."

- SV17q final proposal on Hadda Project to include DENIED fibers in the manufacturing process of cell phones which will act as a lethal explosive if exposed to overheat, the heat being released from the DENIED components once triggered by firmware

That should be enough to wet your whistle. Just poke around, but dont get lost! Here is the link one more time for you: