This is going to be a pretty big post and graphic heavy, but I promise you that you may have to look for your jaw on the floor before you are finished. This is jam packed with solid information and some of it is going to be painful to read. Yes, people really are just this EVIL. Whats worse? To know we as a people voted for many of them. I hope this is a good lesson going forward to make sure you look into who you decide to give your votes too going into the future and not just blindly following the parties.

You are going to recognize many many names throughout this post.

Part 1 basically lays some of the ground work for you. Part 2 - 4 gets very information heavy. I only have 4 parts up so far, so be sure to come back and look for the rest. There is more I am working on as we speak.

This information is from a drop on FaceBook, but dont let this detour you from reading it. Like I said, It is SOLID. You will recognize many connections as you read through it. I will be copying it over to here so that it is an easier read for you to follow since it is spread out through comments. Sometimes through, he does respond to peoples comments. In this case I will use FB for the commenter and JJ for his response.Sometimes he responds but Im not quite sure to whom he is responding too. If I think something he says may be relevant I will add it in for digs. One last NOTE, I will add the links to the graphics above them so you can go see them larger if you wish to.

THIS IS Jason Q Janiszewski STORY:

The Main reason why i had to start with the FBCAN is because it was developed so that Blackmailers could track users, Pedophiles and Victims with a Specific Facial recognition software. It’s called Demon Face Recognition Software. It was Developed in 1978 when a company named Starnet Communications in Vancouver, Canada and one of the first SES (Senior Executive Service) members......Stephen Paddock, yes....same one.... so they could track all these people that were to be blackmailed on a system called Oath Inc. to have them available for long range logistics for Murder for Hire schemes.

This will probably take me til sunrise to get out. But the 17th anniversary of the largest live snuff film ever recorded deserves it. The truth.

There are 2 Brothers in the UK named Nicholas and Rupert Soames. They are Winston Churchill’s grandsons. They were in charge of SERCO.... that is one of the largest corporations that you probably have never heard of. They had to find a way to blackmail members of the US Government to maintain some control on their golden goose so they went right to the head of the SES, Kristine Marcy.

They used a pedophile oath ritual known as “Mendenhall’s baby” to lure her and other higher up pedophiles in and they filmed them using the Demon Face Recognition Software so that whenever SERCO decided to launch what’s known as a ‘Red Team’ against the US, that they would give the US Military and officials the order to Stand Down.
Remember when Q was going on about RED RED......remember one of them above.

Now what these teams consisted of were the worst of the worst. Mercenaries....SuperMax Prisoners.... anyone that is ruthless to be on a big hit squad

SERCO controls a lot of US Interests.
One for instance is the US Passport and Visa Office. This is how they are able to get perfectly illegal ‘legal’ visas for anyone willing to commit crimes against Americans on foreign and domestic soil. Kristine Marcy, being the head of the SES, had control of the prisoners at the SuperMax Prisons. So anyone and everyone was in play.
SERCO issued these visas to these ConAir Swat teams that had embedded themselves in the US Defense Threat Reduction Agency so they could execute asymmetrical missions. Terrorism. For short

FB: Kristine Marcy is Abel Danger’s sister. He hasn’t talked to her in years and he’s a patriot trying to help POTUS.

JJ: they were the ONLY ones to ever mention the FBCAN. And once you go down that rabbit hole. You gone

Another US Interest that SERCO has control of is the US Patent and Trademark Office. In the previous 9/11 post, i had posted some patents and just by typing in the patent number in a search engine...the patent appears....what’s one thing that everyone has been so curious about?
Servers right?
Oh i know what’s on em. And now you do too.

JJ: Yale should be the tell tale. That’s 322 territory

JJ: He currently owns them

JJ: But theres no sense in Owning SERCO when you aren’t in any power. Trump looked SOOOOOO Good in Churchill’s Chair didnt he???? Lmao

JJ: But we own them. To hell with the Crown

FB: Is this the same system that they use for betting on the manufactures storms too?

JJ: Yes #4 is what I’m gonna explain and show you how it works

FB: Is this why CRYPTO currency is being pushed?

JJ: It’s actually because Obama took a template of a 100 dollar bill and had 3 TRILLION dollars printed. In Bangkok Thailand. Centennial Energy. But our new money should be done by the 18th. They have been working on it 24/7

FB: Was noticing the changes a few weeks ago. Took a pic

FB: Half new money half old?

JJ: Once the switch happens. You tear the left side off. That’s the bad side

JJ: They seriously love using confusing verbiage for anyone else looking into this.....

FB: Does this also tie into Las Vegas? Were they wagering there also?

JJ: They have Junket Rooms in Vegas. Well. Had

JJ: Whoops! What do we have here?
Server? Ill finish posting the rest of the patent now and then explain the patent

JJ: So this Patent has been around since 1979

FB: 2 days before the event

Yig: As I mentioned earlier this is going to be a huge thread so I will continue with his explanation in part 2. Part 2 is much more information heavy. 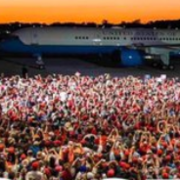