Another Hat Tip post from COM and I couldnt agree more:

This kerfuffle over Sidney is beyond absurd.

She is trump's lawyer, she gave advice and must act in his/our best interest. That ends that.
She is not getting paid which matters not, unless they are concerned about a conflict.
As a human being she is allowed to do everything she is doing, nothing prevents her.
Not "his" lawyer does not mean she does not represent the 77 million who voted for DJT. Lin Wood is.
She is on the team, not being paid does not mean she is not on the team. We are on the team. Consulting is team.
The only possible scenario where it might matter is for her to appear on his behalf, but he can correct that in 30 seconds.
The plan is so mapped out to somehow think this is an issue is unfathomable to me.

Here is something I don't really get. Since day one, and frankly that goes back a bit, I have not wavered.
Since the election I have not wavered a bit. I wakeup in the same place I was in August, or in 2019 or 2017.

Isn't that what faith is?
Can one really loose their faith over a tweet?
Can one's faith really be that tenuous, that a misunderstood tweet can derail it?
Do shills really have that much power over one's faith?
Can a CCP tech ghoul really be more powerful then one's faith?
Isn't faith unbreakable, or is it contingent on it not being tested by things out of one's control? I mean, isn't this the easiest thing to have faith within concerning, since it is about enjoying the show?

I don't mean faith in god, or the bible, or spirit, or prophecy, or even DJT, but in the inner knowing that resides within us all. Isn't this the perfect scenario to use as the ultimate test?

Something to consider I think. 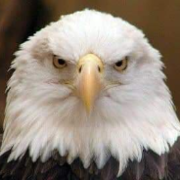